Call us today on

WE ARE OPEN FOR BUSINESS

Here is a selection of completed work from Splashbacks of Distinction. 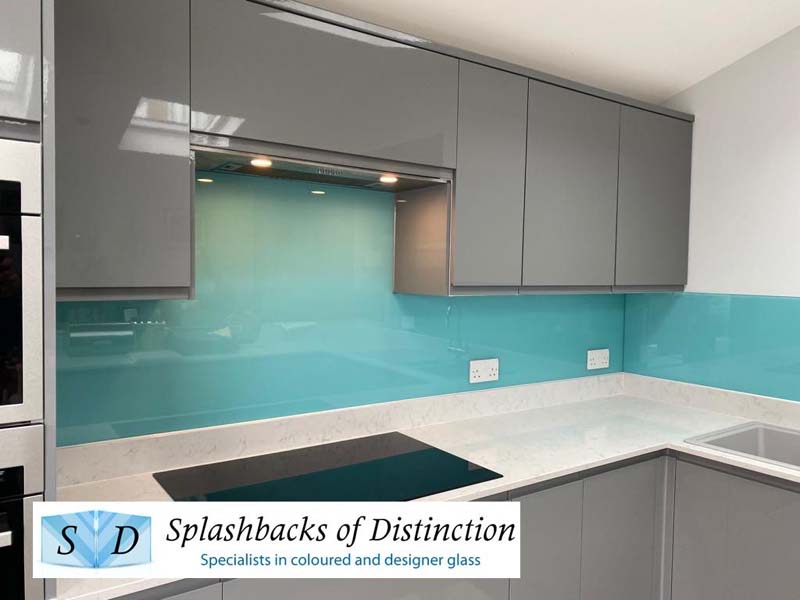 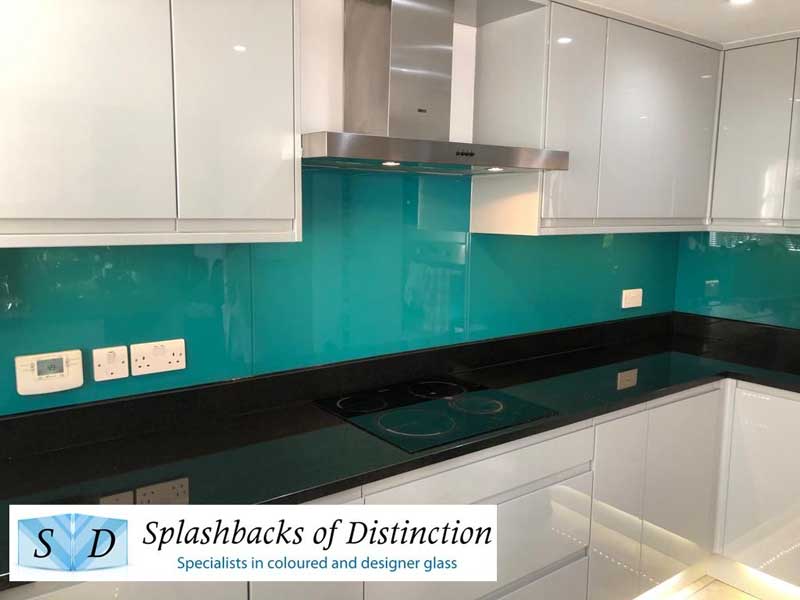 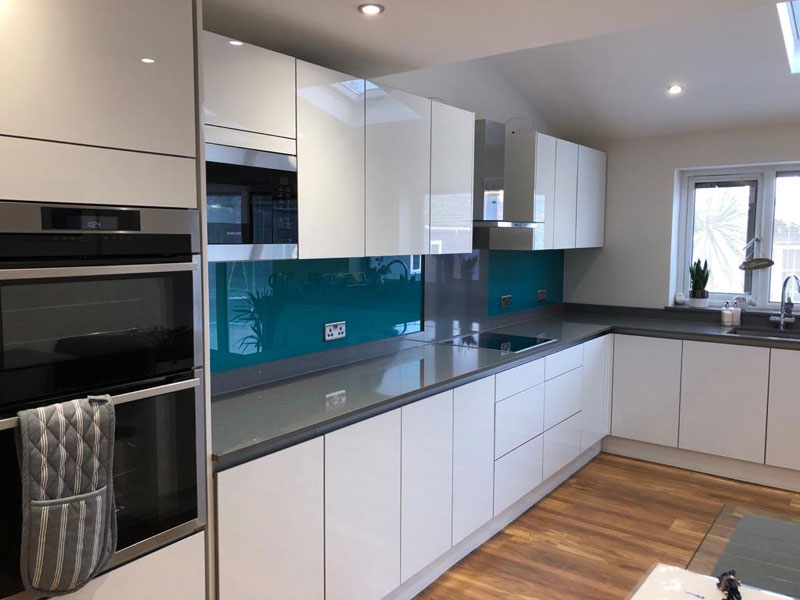 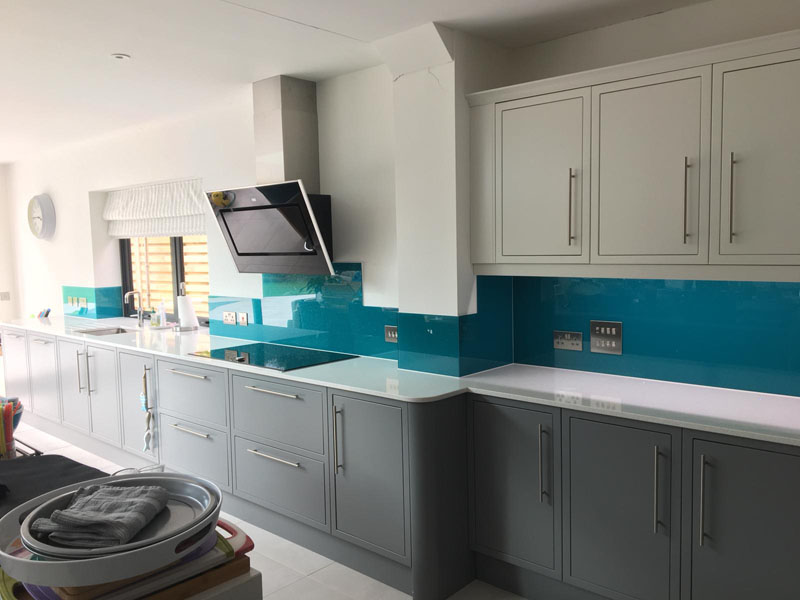 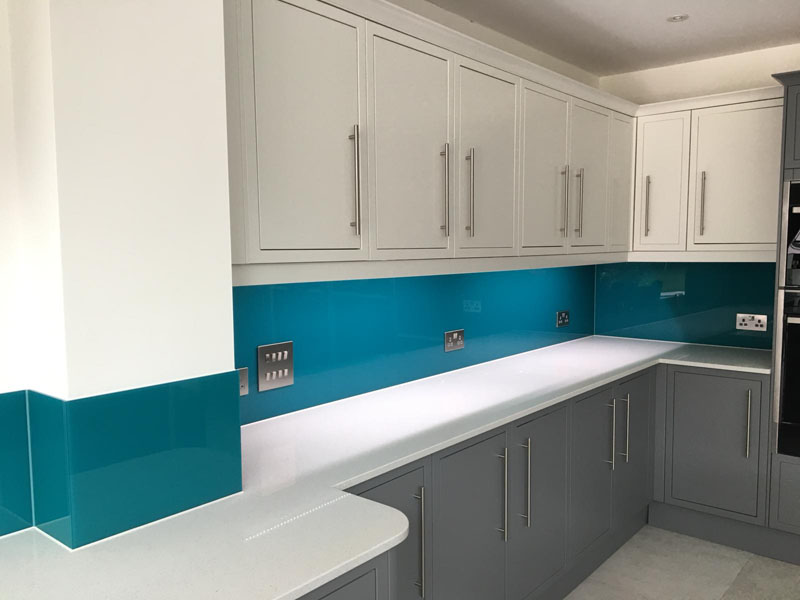 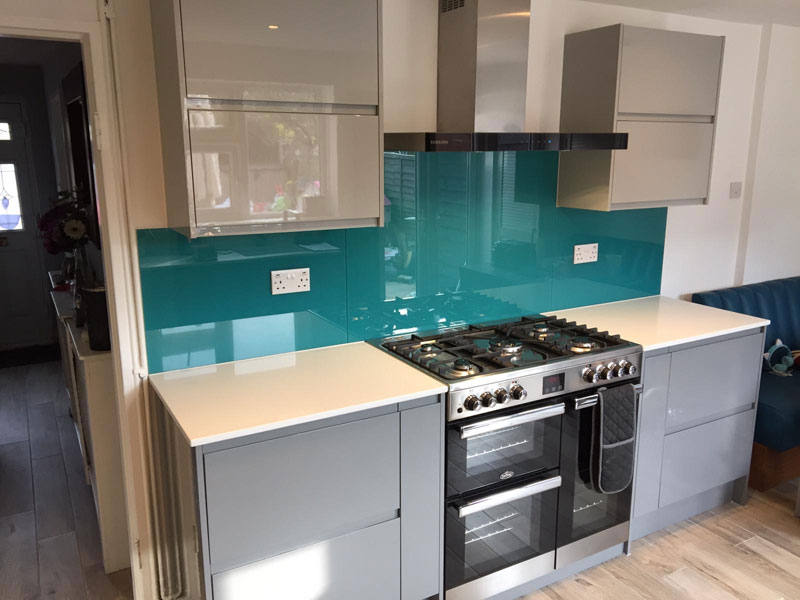 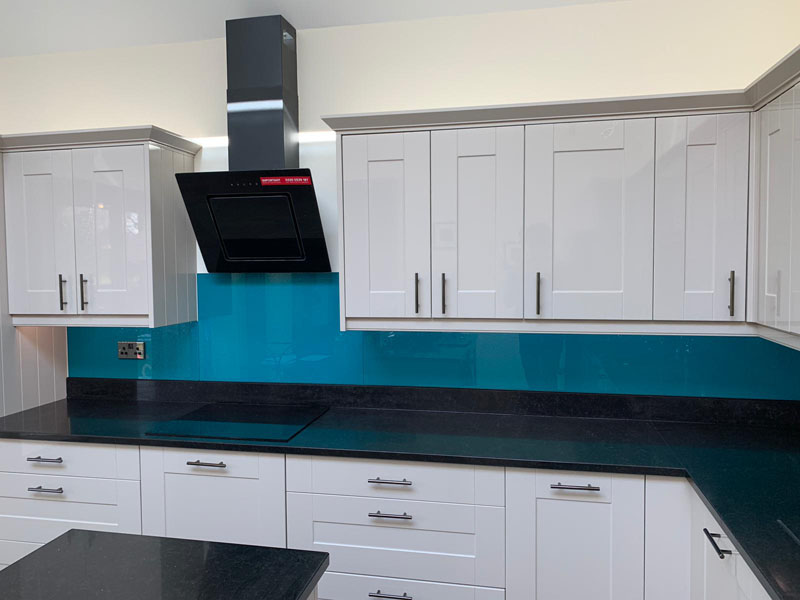 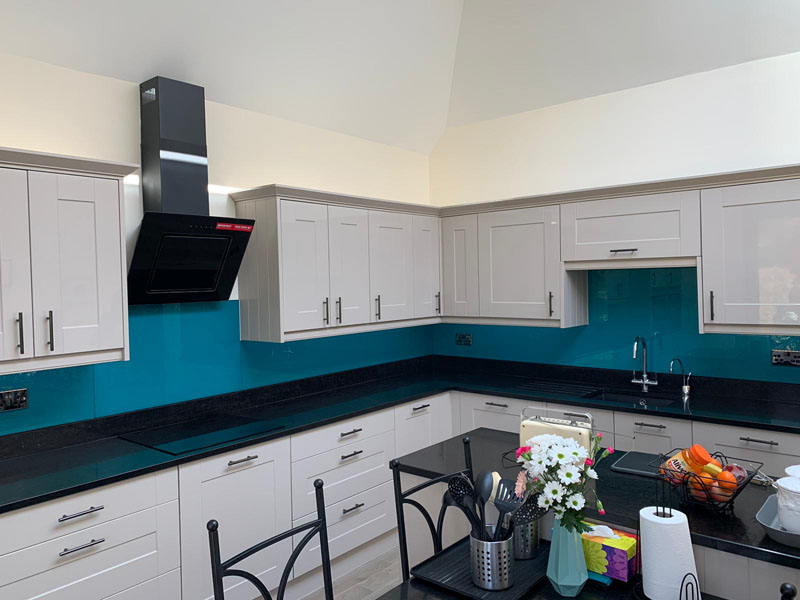 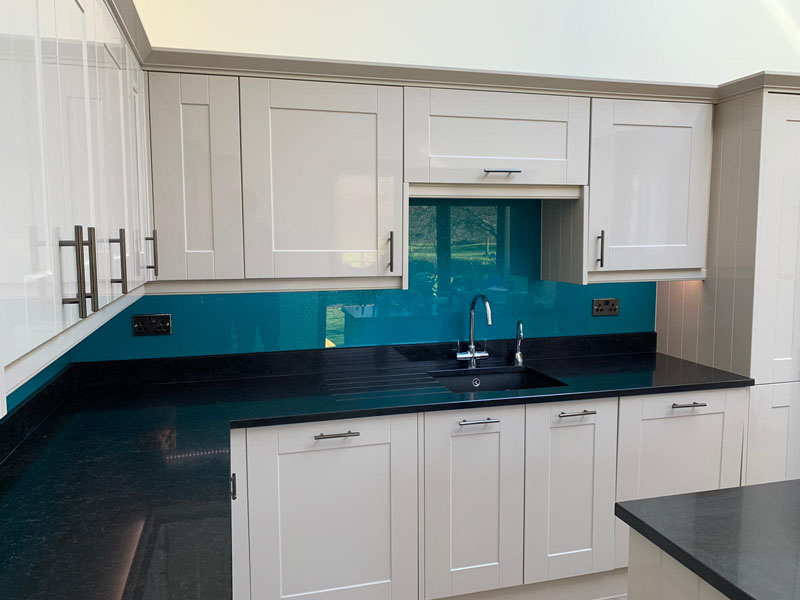 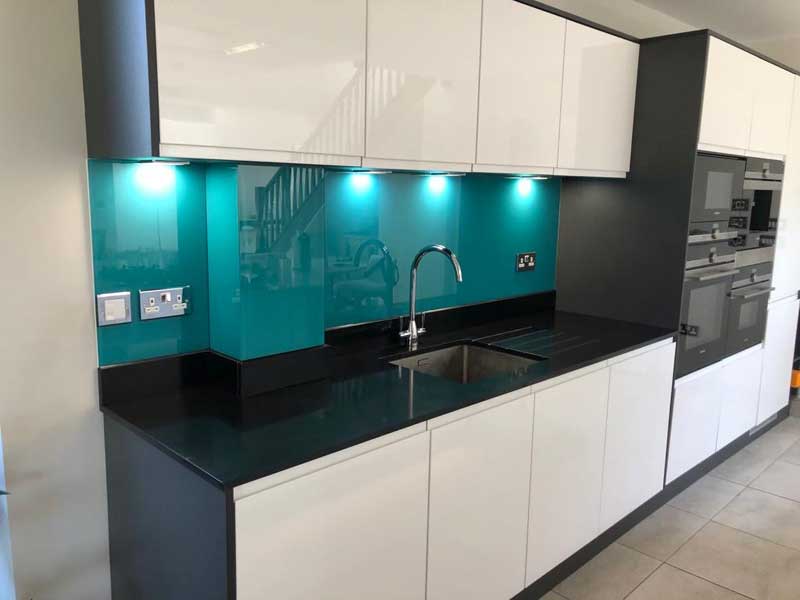 Turquoise is a great colour for a glass splashback. It has a lovely subtle ocean like hue and can remind us of happier times on a sun drenched mediterranean beach.

Turquoise is an opaque, blue to green mineral that is made up of hydrated phosphate of copper and aluminium. It is rare and valuable in finer grades and has been prized as a gemstone and ornamental stone for many thousands of years owing to its unique colouration. Like most other opaque gems, turquoise has been devalued by the introduction onto the market of treatments, imitations and synthetic stones.

Turquoise as a word, dates to the 17th century and is derived from the French turquois meaning Turkish, because the mineral was first brought to Europe through Turkey, from mines in the historical Khorasan of Persia.

The pleasing pastel shades of turquoise have made it very popular to many cultures. Turquoise was worn by the rulers of Ancient Egypt, the Aztecs, Persia, Mesopotamia, the Indus Valley, and even in ancient China since at least the Shang Dynasty. Despite being one of the oldest gems, turquoise did not become important as an ornamental stone in the West until the 14th century, following a decline in the Roman Catholic Church influence which allowed the use of turquoise in secular jewellery. It was apparently unknown in India until the Mughal period, and unknown in Japan until the 18th century. A common belief shared by many of these civilizations held that turquoise possessed certain disease preventing qualities; it was thought to change colour with the health and protect the owner from illness.

In many cultures throughout history, Turquoise has been esteemed for thousands of years as a holy stone, a bringer of good fortune or a talisman. The oldest evidence for this claim was found in Ancient Egypt, where grave furnishings with turquoise inlay were discovered, dating from approximately 3000 BC. In the ancient Persian Empire, the sky blue gemstones were earlier worn round the neck or wrist as protection against unnatural death. If they changed colour, the wearer was thought to have reason to fear the approach of doom. Meanwhile, it has been discovered that the turquoise certainly can change colour, but that this is not necessarily a sign of impending danger. The change can be caused by the light, or by a chemical reaction brought about by cosmetics, dust or the acidity of the skin.

In Western culture, turquoise is also the traditional birthstone for those born in the month of December. The turquoise is also a stone in the Jewish High Priests breastplate. The stone is also considered sacred to the indigenous Zuni and Pueblo peoples of the American Southwest. The pre-Columbian Aztec and Maya also considered it to be a valuable and culturally important stone.

Even the iconic gold burial mask of Tutankhamun was inlaid with turquoise and coloured glass.

Hardness and richness of colour are two of the major factors in determining the value of turquoise; while colour is a matter of individual taste, generally speaking, the most desirable is a strong sky to egg blue. Whatever the colour, for many applications, turquoise should not be soft or chalky; even if treated, turquoise is liable to fade or discolour over time and will not hold up to normal use in jewellery.

Being a phosphate mineral, turquoise is inherently fragile and sensitive to solvents; perfume and other cosmetics will attack the finish and may alter the colour of turquoise gems, as will skin oils, as will most commercial jewellery cleaning fluids. Prolonged exposure to direct sunlight may also discolour or dehydrate turquoise. Care should therefore be taken when wearing such jewels: cosmetics, including sunscreen and hair spray, should be applied before putting on turquoise jewellery, and they should not be worn to a beach or other other sunny environment. After use, turquoise should be gently cleaned with a soft cloth to avoid a buildup of residue, and should be stored in its own container to avoid scratching by harder gems. Turquoise can also be adversely affected if stored in an airtight container.

Toughened glass products for any room

Remember that at Splashbacks of Distinction we manufacture, supply and fit splashbacks for any room in your home or office, not just the kitchen. We supply the following items in premium quality glass to enhance your property:

Why not call us today for a free, no obligation quote on a new glass splashback or one of our other specialist toughened glass products?

Splashbacks of Distinction is the trading name of RDC Glass Ltd